I haven’t posted about soil moisture sensors in ages, but I’ve completed a number of iterations and I thought it’d be fun to look over the evolution of the hardware. My goal has been to build a small, low power, inexpensive device, that I can place in indoor and outdoor plants to collect soil moisture, light, and temperature readings. I shared some early information on sensors more than a year ago and will have more to share, but this post will focus on the wireless sensor relay.

This device collects readings from one or more sensors at an interval (15 minutes), then broadcasts the readings to a receiver that uploads data to a store where I can crunch numbers, trigger alerts, and generate graphs. 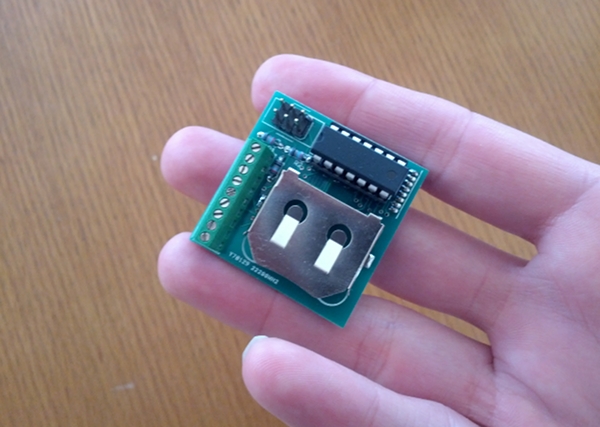 Hobby-friendly PCB shops typically have a 2-week turn around. I’m new to this and wanted to prototype at my own pace, so I made my first boards on a CNC router. These are “channel isolation” boards, where an an outline is etched around the conductive channels on a copper clad board.

Ultimately, this enabled me to knock out a few boards in a weekend, but it required a lot of experimentation, tweaking, and router bits to get usable results. Producing a single board required a lot of effort to calibrate the CNC for two routing passes (for 2 sided boards) and drilling. A minor leveling or alignment issue would result in a useless board. Once I found a reasonable design, I moved over to a PCB shop, trading long turn-around times for less overall effort and more consistent results.

I experimented with a handful of different radios, but mostly focused on the TI CC2500 and Nordic NRF24L01. Both are available as ~12mm X 20mm modules with a trace antenna. The best price I found for the CC2500 at volume was about $2.00. The NRF24L01 was about twice that. The CC2500 was very inexpensive and has very low idle-time power consumption. But it required a lot of work to configure properly and handle errors. In my experience, it worked very poorly in the presence of noise from other CC2500s. The NRF24L01 worked out of the box, had better range, and was more resilient to interference. Ultimately, I tired of debugging the CC2500 and elected for the pricier NRF24L01.

My latest iteration is a 1.45″ square board, with screw terminals for any combination of 3 temperature, light, and moisture sensors. It uses the Nordic NRF24L01 2.4ghz radio with trace antenna, which gives it enough range to work anywhere inside or immediately outside my house. It runs on an Atmel AtTiny24 microcontroller. The sensor readings are taken from the AtTiny’s on board ADC (Analog-to-Digital Converter). The whole unit is powered by a 3.3V battery. Sensing and reporting every 15 minutes, the battery should last 2-3 years.