Idea: My cat has a “bristle-bot” style toy, but it’s not a favorite. He’ll watch it as it wanders randomly around the floor, but he doesn’t really engage with a toy unless it “hides” — goes behind other objects so he can strategize about where it’s going to show up next.

The style of motion in these robots is kind of neat. There are no wheels. Instead, they operate with vibration.  There’s something insect-like about the movement.

Can I make a bristle-bot toy that I can control with my phone so my cat and I can have fun together? Yes… Well, I made a toy. I didn’t succeed in engaging my cat. 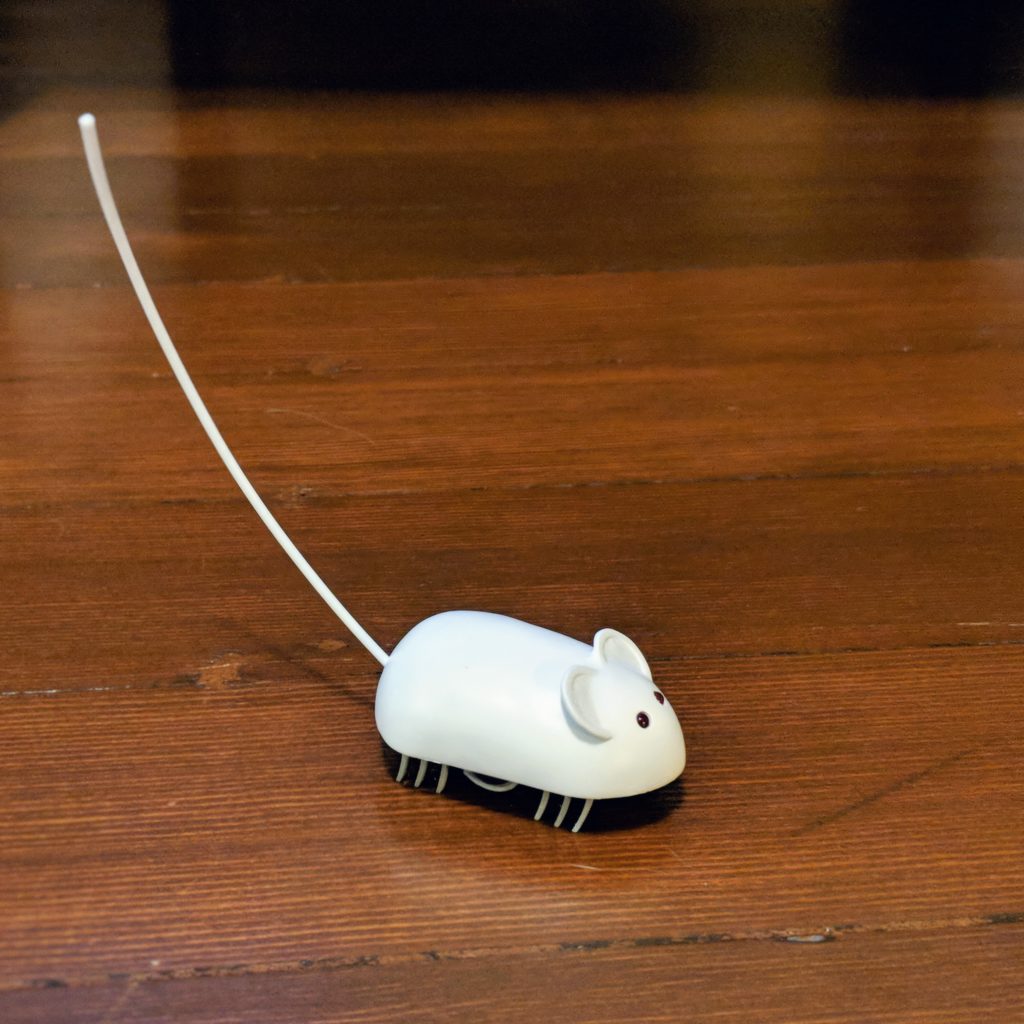 A Bluetooth Mouse for Cats in Lab-mouse White.I experimented with a couple of different designs. The parts list for this version includes:

The design also includes a 3d-printed mouse body and a custom PCB to keep everything compact.

The operating principle is that since vibration motors are mounted to the sides of the body, when a motor is engaged, the vibration will cause the legs on one side of the body to flex. If both motors operate at roughly the same frequency, engaging both motors simultaneously will move the mouse forward.

I designed parts in Rhino 3d with Grasshopper. I 3d printed parts with a Form Labs Form 2, using the standard Grey resin.